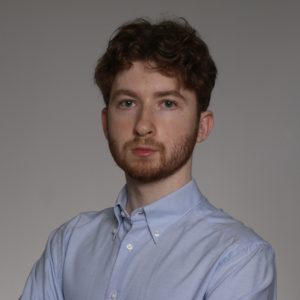 Mr. Martino Boni is a B.A. student at Harvard University pursuing a joint concentration in Social Studies and Philosophy. He currently works as a Legal Assistant with The Ansar Law Firm, having spent the past summer conducting research into the financing of renewable energy projects in India. Mr. Boni assists in research and transactional matters.

He is part of a select group of undergraduate fellows at the Edmond J. Safra Center for Ethics, a research center at Harvard dedicated to strengthening the teaching and study of pressing ethical issues, reasoning, and civic discussion in public life. As a recipient of the Lester Kissel Grant in Practical Ethics, Mr. Boni is actively contributing to the study of socio-political theory, and aesthetics preparing for the academic culmination of his research in a senior thesis.

He has also worked on a number of different research and consultation projects for the Harvard Art Museums, the Cambridge Public School District, and a consulting startup specializing in business marketing. More recently, he was interned on the teaching staff of the Harvard Center for Hellenic Studies High School Summer Program in Greece, designing and researching curriculums as well as leading class sessions in social and political philosophy.

On campus, Mr. Boni volunteers with the Harvard Small Claims Advisory Service, a student-run legal aid program dedicated to helping underserved communities seek legal redress through the Massachusetts small claims court system. He is also a member of the Harvard College Debating Union following a nationally competitive career in high school Lincoln-Douglas debate, a one-on-one format focused on the intersection of moral philosophy and policymaking. Most recently, he has joined the editorial board of the Harvard Review of Philosophy, currently working towards their annual issue on the topic of Environmental Philosophy.

Mr. Boni’s experience ranges from the field of philosophy to law to music. He is a member of WHRB Harvard Radio Broadcasting, the student-run radio station at Harvard University. He has also recorded and toured extensively as a professional saxophone sideman with various notable soul, blues, and jazz musicians including Chris Cain, Toni Lynn Washington (“The Queen of Boston Blues”), Carla Thomas (“The Queen of Memphis Soul”), Leon Beal, and the Luca Giordano Band. His international experiences playing music at festivals in the United States, Italy, Spain (including the Canary Islands), Lithuania, and Romania led him to work as a production assistant, translator, and artist liaison at a major European music festival.